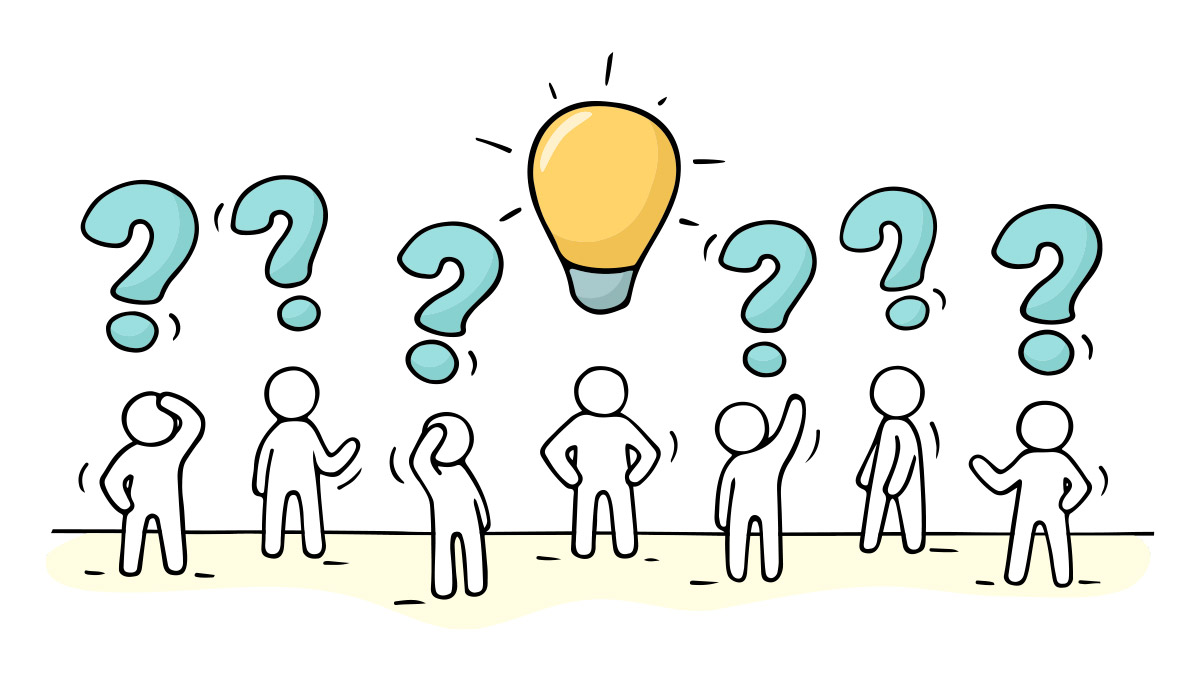 Favester.com is the core server in a network of interconnected servers (sometimes referred to as sites or instances). Each server in the Favester Network is hosted and maintained by Favester, but community moderators help manage each one.

You can follow users from other servers and send and receive messages between them too.

Favester is a fork of the popular open source platform Mastodon. The Favester team would like to thank and acknowledge the wonderful work of Eugen Rochko and countless others for creating a truly amazing platform.

What can you do at Favester?

You can use Favester to write and share posts related to your favourite topics.

Topics can be anything - a person, a place, a 'thing'... or an idea. For example, you may be interested in the following topics:

A server in the network could be focused on a particular topic (for example, a popular music artist), or a general topic (such as music). Exploring different servers in the network will help you discover different topics you might be interested in.

It's all of the above. Favester isn’t just a website, it is a federation—think Star Trek. Dozens of independent communities running Favester form a coherent network, where while every planet is different, being part of one is being part of the whole. 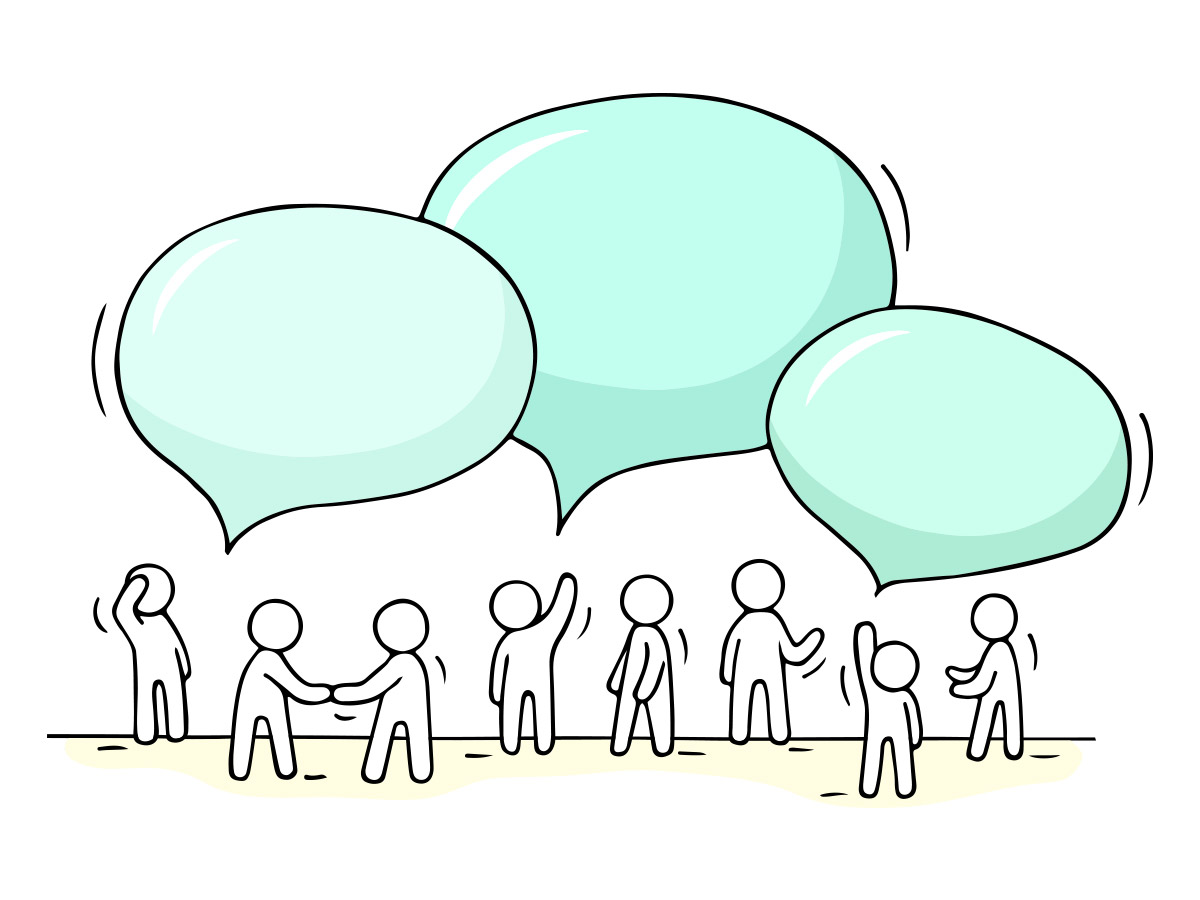 Favester comes with effective anti-abuse tools to help protect yourself. Thanks to the network's spread out and independent nature there are more moderators who you can approach for personal help, and servers with strict codes of conduct.

You have 500 characters. You can adjust the thumbnails of your pictures with focal points. You can use custom emojis, hide things behind spoiler warnings and choose who sees a given post. Messed it up? You can delete & redraft for quick corrections. 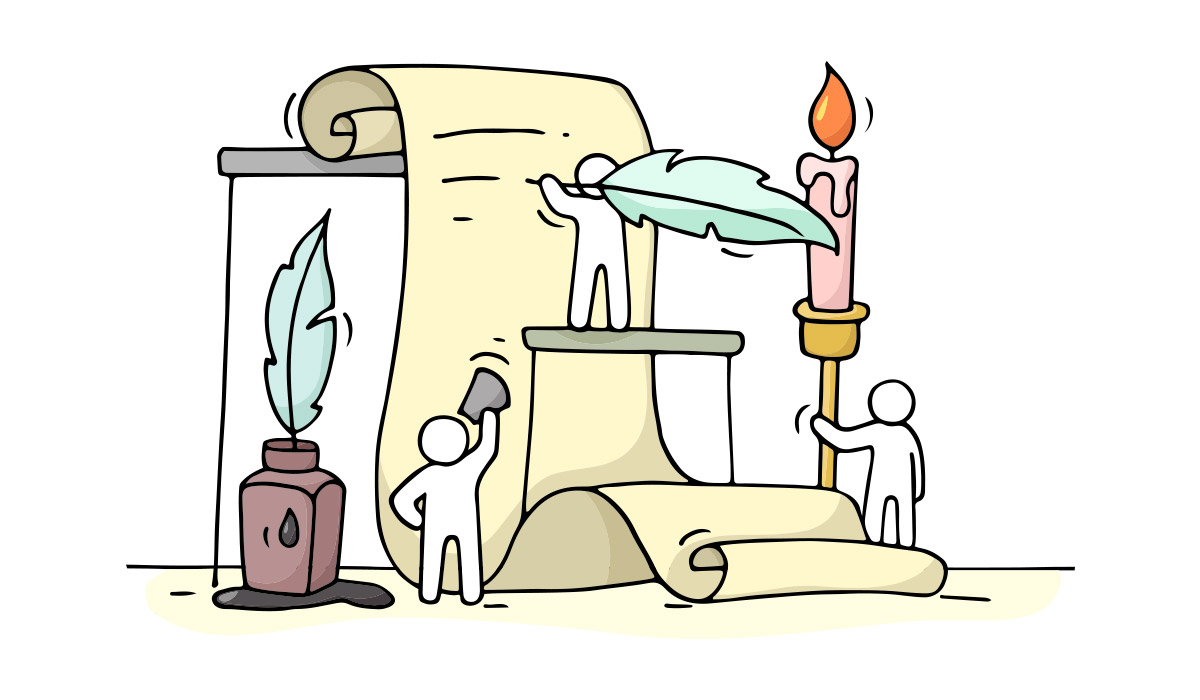 How is Favester better than other social networks out there right now?

Wherever people meet, there will be disagreements and trouble. Maintaining communities that feel safe for all of its members is not easy. Favester provides a lot of foundational framework and tools for doing it, and shifts the power to effect change from one commercial entity to the communities themselves.

Favester is decentralized, with each instance running on a separate server. These servers each have a separate admin, and possibly different moderation teams, as well as their own code of conduct.

That’s already a huge advantage over other platforms due the basic design. It’s got advantages over the other extreme, too, a pure peer-to-peer design, where everyone would have to fend for themselves, without the pooled resources. However, there’s more. 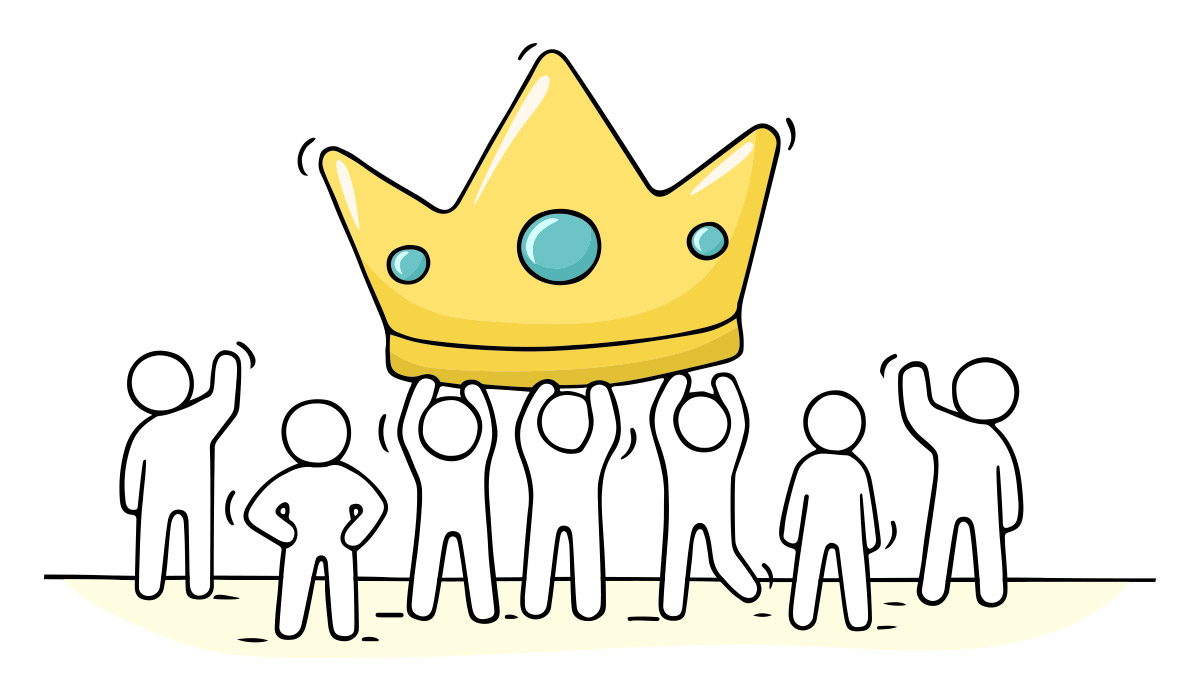 The following design decisions are more about what the software nudges you towards, rather than a tamper-proof barrier against some behaviours, which is not possible.

Favester deliberately does not support arbitrary search. If someone wants their message to be discovered, they can use a hashtag, which can be browsed. What does arbitrary search accomplish? People and brands search for their own name to self-insert into conversations they were not invited to. What you can do, however, is search messages you posted, received or favourited. That way you can find that one message on the tip of your tongue.

Another feature commonly asked about is quoting messages. Of course it’s impossible to prevent people from sharing screenshots or linking to public resources, but quoting messages is immediately actionable. It makes it a lot easier for people to immediately engage with the quoted content… and it usually doesn’t lead to anything good. When people use quotes to reply to other people, conversations become performative power plays. When you use the reply function, your message is broadcast only to people who happen to follow you both. It means one person’s follower count doesn’t play a massive role in the conversation. A quote, on the other hand, very often invites the followers to join in on the conversation, and whoever has got more of them ends up having the upper hand and massively stressing out the other person.

Is Favester private or public?

Twitter forces you to choose between two extremes—a protected account and a fully public account. If you have a public account, all your tweets are visible to everyone and infinitely shareable. Favester realizes that it’s not something you might always want, though.

Each individual message can either be:

Unlisted messages are perfect if you want to be just a little low-key and not attract strangers to interact with you; Private is great when you don’t want your messages easily shared around. Each choice can be set as the default. And of course, on top of that, you can “lock” your account: Locking prevents people from being able to follow you without you getting a chance to say yes or no first.

Favester has a lists feature for categorizing the people you are following and making your home feed more readable by essentially splitting into multiple ones, but unlike on Twitter, you cannot add someone to a list unless you are already following them, and the lists are personal, not public.

How easy is it to hide or filter users or content?

Favester offers a massive amount of ways to hide unwanted content from your eyes.

Are strangers bothering you? You can block notifications from people you don’t follow. You don’t want someone to easily see your posts, as well as forgetting they exist? The good old block function is there. It hides notifications from the person, it hides any messages that mention the person, it hides other people sharing that person’s messages. Want the same thing, but for them to not know they’ve been blocked? That’s the mute function.

Are you tired of receiving responses to one of your posts? You can mute the conversation and forget about it. And if you notice that you’re muting a lot of people from the same Favester server, and there’s no end to it, you can hide everything from a specific domain. That will hide all of their posts and remove any followers you might have had from that server so they no longer receive your posts, either.

You're also able to tune out of a specific topic for a time or forever by adding text filters. These filters match keywords or phrases in the posts and hide those posts from you, either everywhere or in specific contexts only. On the other end, you can hide your messages behind content warnings. For example if you want to discuss the events of the last episode of some show or a book. And rather than dooming your entire account to be “sensitive” like on Twitter, where it’s hidden from everyone who hasn’t opted to look at sensitive content, on Favester you can hide media uploads only in specific posts (or, of course, set it as the default).

You can also hide the list of people you are following and who follow you from your profile.

What moderation tools are available on Favester?

When someone’s breaking a servers rules, it’s no longer a matter of just hiding them from your personal sight – that’s where moderation steps in.

Favester has a report function, in which you can report an account to the server’s administration, optionally specifying a message and choosing which of their posts to include in the report as examples. If the reported person resides on a different Favester server, you also have the option of anonymously forwarding a copy of the report to the admins of that server, since they might also be interested in knowing about an offender.

Favester’s moderation system is very similar to that of a forum. It supports two administratives roles: moderators and admins. When a report comes in, both groups get a notification e-mail and can proceed to either:

It doesn’t matter if the offending account is on your server or a different one, these measures are contained within your server, which is how servers with different policies can co-exist on the network.

If there is a server fundamentally opposed to yours, or one that refuses to keep its offenders in check so moderating them on your end individually ends up being too much work, there is an option to either sandbox or block an entire domain.

How does Favester make money?

Running popular servers is expensive. In order to keep the lights on, we currently run minimal ads. In the future we plan to have paid subscriptions so you can enjoy an ad free experience, along with some additional perks such as exclusive sticker packs and further profile customization. 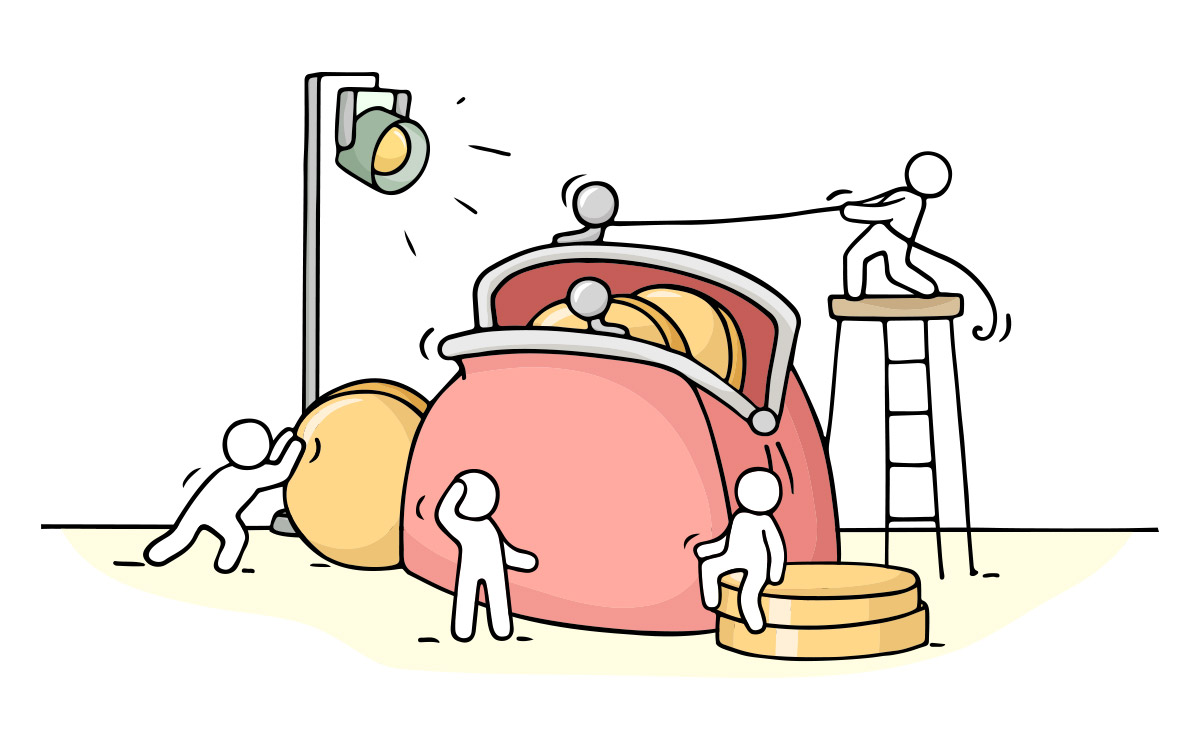 How does Favester compare to other platforms?

How can I learn more about Favester?

Our About Us page contains more information about our platform.

Up next: Read about the exciting future we have planned for Favester.